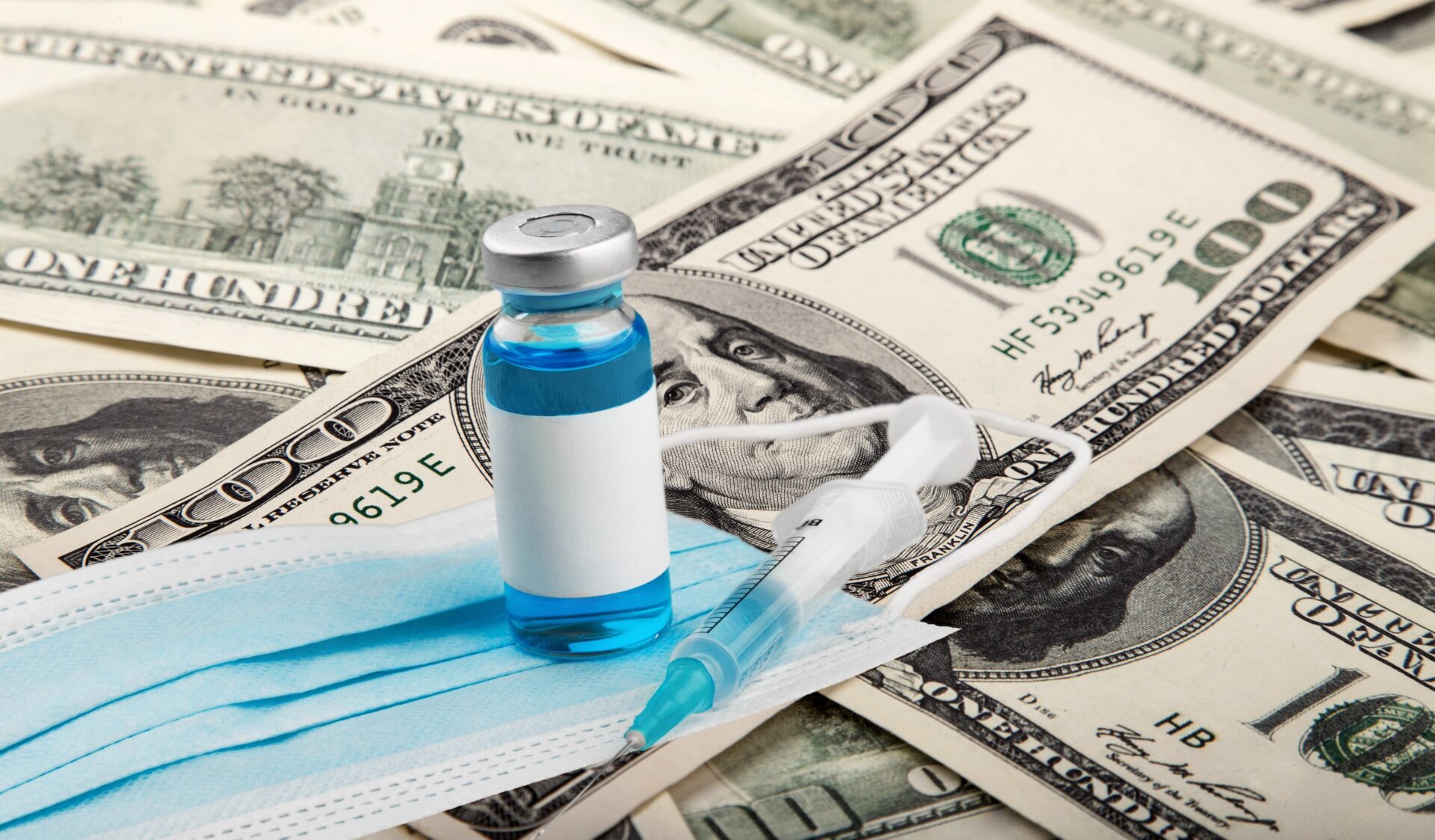 It was the first phase of the Covid-19 pandemic. With global supplies of critical health equipment shrinking and demand soaring in equal measure, governments around the world struck out standard procurement procedures to secure life-saving PPE, ventilators and vaccine as fast as possible.

A year on and Government emergency purchasing policy – especially in the period between March and July of 2020 – remains a blur. In the UK, an entire annual budget of £18 billion was spent in 4 months. In one example in the US, $52million was spent converting a stadium to a hospital in the US that treated just 79 patients.

Current investigations into government purchasing under emergency conditions has illuminated common themes: red faces, red flags for corruption and unlawful behaviour. This includes massive gaps in record-keeping and over-spending on counterfeit products or dodgy contracts with friends and family. Fast lanes and lockdowns have generated perfect conditions for corruption; evidence of this is reports of fraud in the procurement/supplier selection process in one out of every three countries and some wicked examples of procurement failures (source: NEMXIS Survey, 2020).

In the US, procurement shortcuts under ‘emergency rules’ contributed to the equivalent of a high-speed health-response-train-wreck. US$6.9 billion was lost on widespread procurement failures, including millions of tax-payer dollars for ventilators that never materialised and worthless PPE. In an attempt to gain some transparency into the surge of spending, New York City’s financial watchdog launched a law suit this month. They’re suing Mayor de Blasio who has been responsible for generating conditions that allow for “over-payment and over-purchasing” by extending emergency rules more than 100 times, despite improved conditions.

Another example of the chaos in the US reported by The New York Times is an $86 million deal for more than 1,400 ventilators from an engineer who had never sold a single ventilator. The Government had to cancel the contract when no equipment materialised.

Similarly in the UK, the BBC has reported on the purchase of  £50million unusable face masks in April last year which failed to meet specifications for use in the NHS. In another investigation, Transparency International UK found £255 million worth of contracts were awarded to 10 firms less than 60 days old when suitably experienced options existed.

In Zimbabwe, the former Minister of Health Obadiah Moyo was charged with criminal abuse of office over the alleged awarding of an inflated US$60 million contract for COVID supplies without proper procurement procedures.

There is probably no more appropriate time to install emergency procurement rules than a global-scale demand for life saving equipment. There is no doubt that emergency procurement conditions allowed governments to respond faster to the crisis to protect communities from the worst of the pandemic.

But while emergency rules allow ministers to side-step the bidding process, the requirement for record keeping and justifiable spending without bias remains. Now, in the relative calm of a world with a Covid vaccine, media corporations and regulators around the globe are still struggling to access the information that will help the public to examine contract decisions that had a major impact on their community.

Instead, what has been uncovered of the most critical phases of the crisis are common themes of missing information and unjustifiable spending with a small number of often inadequate suppliers. The UK’s National Audit Office (NAO) report in November criticised the government for a lack of detail on contracts worth £10.5 billion awarded without any competition.  Similarly, Transparency International UK has found one fifth of government contracts executed during the pandemic (worth #3.7 billion) bear red flag indicators for corruption, arranting further investigation.

With COVID responsible for the death of more than 128,000 UK citizens to date, and more than 90 in the US still dying each day, the public is right to demand transparency into what happened under emergency procurement rules so we can assess the efficacy and integrity of our elected representatives in the face of exceptional circumstances.

Unfortunately, Australians seeking more transparency and oversight of their Government may just have to wait. A report by the Guardian and the Centre for Public Integrity has just demonstrated how the proposed anti-corruption watchdog, the Commonwealth Integrity Commission (CIC) can’t even start to investigate political controversies until it has a ‘reasonable suspicion’ that a listed criminal offence has been committed. The report found, of 40 significant pork-barrelling and integrity controversies in the public sphere, the CIC could only investigate just two matters under draft legislation.

The pandemic has reminded us of how a crisis can put government in a position of being the lender, payer and decision-maker on major initiatives. And with post-pandemic economic stimulus programs currently rolling out, it’s important for everyone to remember how corruption can negatively impact the quality of an emergency response and it’s reach to those that need it most. A commitment to anti-corruption, a return to standard procurement policies and transparency into public contracting is therefore, so important as we emerge from the pandemic.

In its first major piece of primary legislation on health and care in England since the Health and Social Care Act 2012, a new health and care bill in the UK that would allow NHS bodies to award contracts for clinical care to private health care providers without competition has sparked fears that it could see a repeat of the contract scandals surrounding personal protective equipment and testing that occurred during the early stages of the COVID-19 pandemic.

New anti-slavery laws have been introduced to stamp out forced labour in supply chains. Does your company comply and how will they address this in their tender responses?