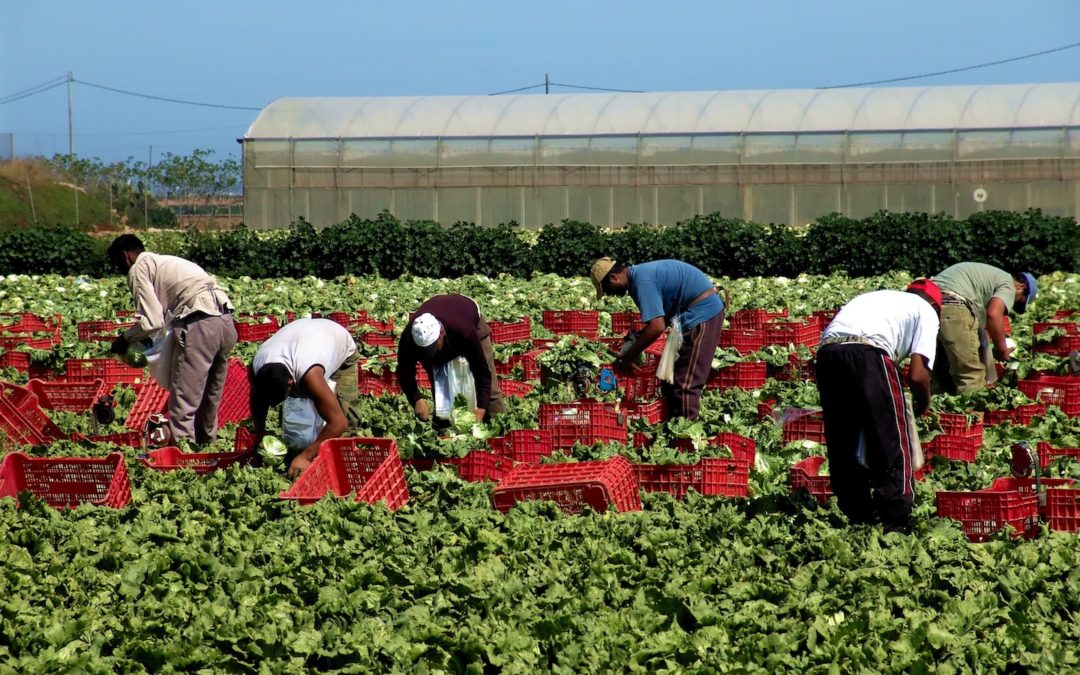 Corporate reporting requirements to tackle slavery in supply chains was introduced into the UK through the Modern Slavery Act 2015 and Australia is likely to soon follow. What will this mean for bids and tenders?

Modern slavery is the second largest criminal activity in the world, with risks persistent in supply chains.  According to the International Labour Organisation (ILO), there are 21 million people around the world trapped in some form of forced labour, the term it uses to describe all forms of modern slavery, including trafficking, debt bondage and child labour.

A number of sectors have been identified as particularly ‘high risk’– agriculture, construction, domestic work, entertainment, hospitality and manufacturing.

Put into context, in Cornwell, UK this week a flower-picking farm was raided by police after reports that 200 migrants from Lithuania, Romania and Bulgaria were being kept at slaves. The operation, led by the Gangmasters and Labour Abuse Authority, relocated some workers to safe locations and others to neighbouring farms.  It is believed the farm is a major supplier of daffodils to retailers.

The exposure of slavery within a company’s supply chain poses significant reputational risk to the organisation, as well as impacting share price. Moral considerations aside, recent research by the Ethical Trade Initiative found that 25% of brands see investor concerns as a strong motivator to address modern slavery, up from 0% in 2015. Additionally, the cost of legal action and compensation to victims of slavery and trafficking can be crippling.

The UK Modern Slavery Act aims to prevent forced and child labour by making larger businesses more accountable for the practices of their suppliers. From the 1st of April 2016, the Act requires businesses with a turnover of £36m (AUD$63.5m) or more to make an annual statement, portraying what they have done to tackle any slave and child labour within their supply chains.

In Australia the Federal Government has said it will introduce a Modern Slavery Act as soon as possible. There is bipartisan support for the legislation, although some parties have differing views as to the precise terms of the Modern Slavery Act. For example, the Greens recommend lowering the revenue threshold for entities caught by the legislation to be AUD$25 million, or more. If a Modern Slavery Bill is passed before the first half of 2018, then the first round of reporting is likely to be due in November 2019.

Getting ‘tender ready’ for the new requirements

While the modern slavery laws focus on prevention and prosecution, procurement departments, particularly Government and listed entities, will begin to place transparency in supply chains under scrutiny. This means that organisations will need to show evidence of the steps they have taken to ensure that their supply chains are clean of slave labour.

The main guidance the government provides is that the statement should be written in plain English and be succinct. However, a recent poll by The Chartered Institute of Procurement and Supply Link (CIPS) revealed that many small and medium sized enterprises (SMEs) are unaware of the UK Modern Slavery Act and the potential impact it can have in their bids and tenders.

Following are some considerations for companies to demonstrate their commitment to anti-slavery practices:

Social value and corporate social responsibility are now routinely considered in procurement and commissioning terms and for evaluation weightings. Those organisations that go beyond obligations to create positive change in their communities will likely be the preferred suppliers of the future. To effect positive change, consider where your organisation sits compared to your competition – is it an embracer, adopter, complier or bystander?

Bidhive helps companies plan, manage and track their bid activity with an end-to-end platform that follows the key stages of the bid lifecycle. From capture planning to proposal development and post-submission analysis, Bidhive provides the framework, critical path and collaboration tools that executives, bid teams and individuals need for improved productivity and bidding success.

In its first major piece of primary legislation on health and care in England since the Health and Social Care Act 2012, a new health and care bill in the UK that would allow NHS bodies to award contracts for clinical care to private health care providers without competition has sparked fears that it could see a repeat of the contract scandals surrounding personal protective equipment and testing that occurred during the early stages of the COVID-19 pandemic.

Current investigations into government purchasing under emergency conditions has illuminated common themes: red faces, red flags for corruption and unlawful behaviour. This includes massive gaps in record-keeping and over-spending on counterfeit products or dodgy contracts with friends and family.