Blockchain in procurement bidding: Will government lead or follow industry? 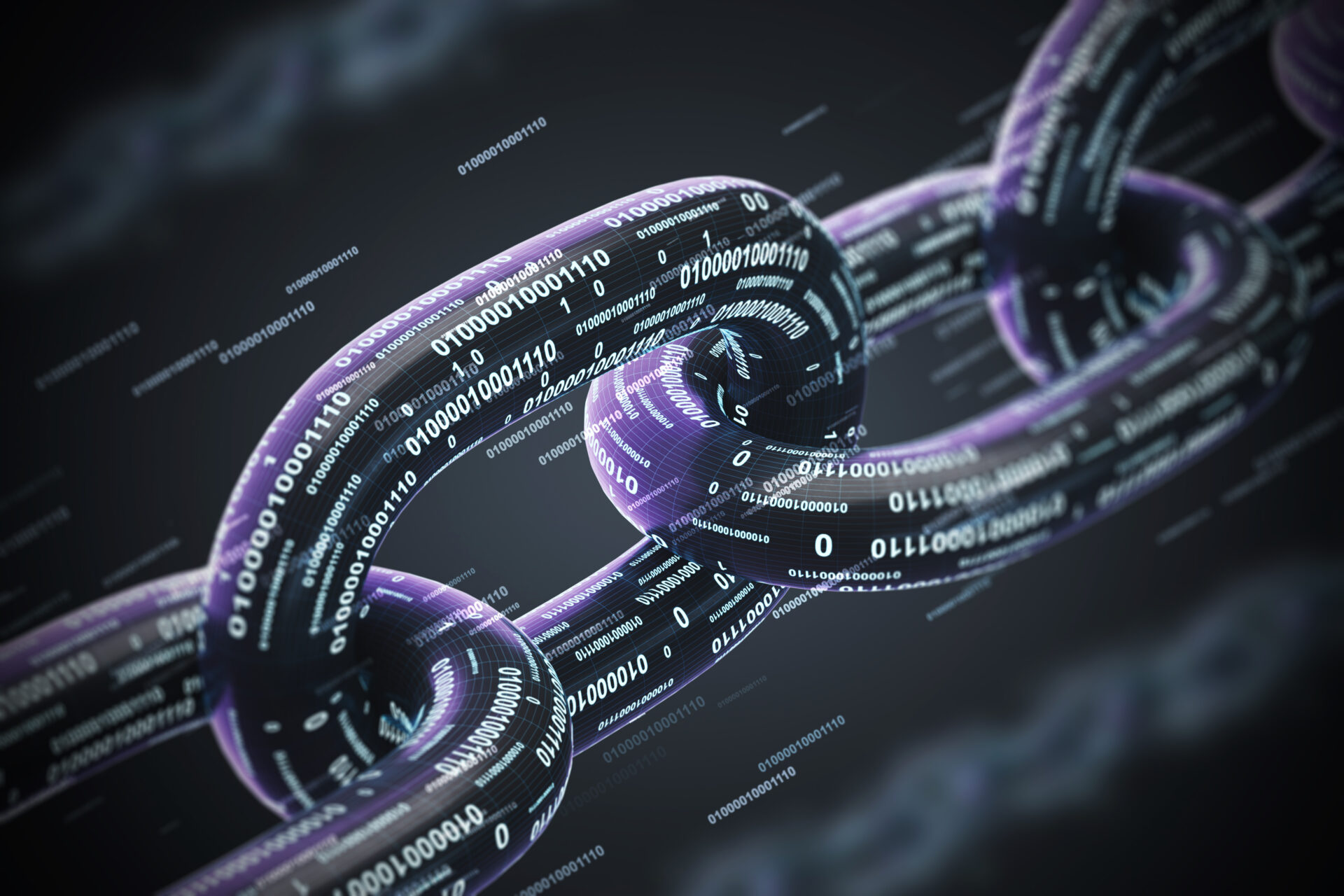 In 2018 the Asian Development Bank published a paper exploring the possibility of a blockchain based e-Government procurement (e-GP) platform. They proposed to build e-GP Blockchain network on top of the existing couple of hundred e-GP systems located worldwide which are currently siloed, with the aim to share data about suppliers. All participants would be required to adopt a standard approach for the network to work, and it was suggested that the Open Contracting Data Standard could converge with the e-GP blockchain initiative. No agreement was reached as to who would fund or build, manage and maintain the network, or indeed pilot it.

Blockchain has huge potential to improve public procurement integrity and improve supply chain efficiencies. The OECD estimates that every year, 20-25% of national procurement budgets are lost to mismanagement and corruption (OECD, 2019).  In 2020 Covid-related deaths were linked to poor supplier selection in 1 in every 3 countries.

The technology, which acts as a chain of blocks containing records of transactions, connects to all those before and after through a pointer.  It is continually updated and synchronised through a peer-to-peer network and can’t be changed on a single computer as it is stored in a distributed ledger.  Changing an entry requires calculating a new hash for the block and any new blocks added to the chain and if a record is altered, its signature and hash will become invalid so the network can quickly identify the source of incident.

But incentivising governments to modernise their systems for the sake of transparency is as attractive to them as herding cats to a mass bath.  Their three year political cycles see the door closed on decisions even before the committee has had time to meet and raise their hand to say they’re interested.

The single source of truth bidders have been waiting for

There is however, another way to make advancements towards using blockchain and that is to lay the groundwork with the Open Contracting Data Standards (OCDS), and converge them with e-GP so that suppliers begin to generate the demand by using blockchain records as irrefutable evidence to support their claims  as they bid for tenders via e-GP systems.

Governments need to see past the effort of modernisation to see the true benefits of digitising procurement systems. Already there have been benefits to working with OCDS across different e-GP systems that are contributing to enhanced efficiency and transparency.  In using the OCDS data Bidhive has made early advancements including:

There is potential to include authenticated certificates of experience to enable bidders to submit them into e-GP systems, and with blockchain, authenticated electronic bank guarantees would take it to the next level. 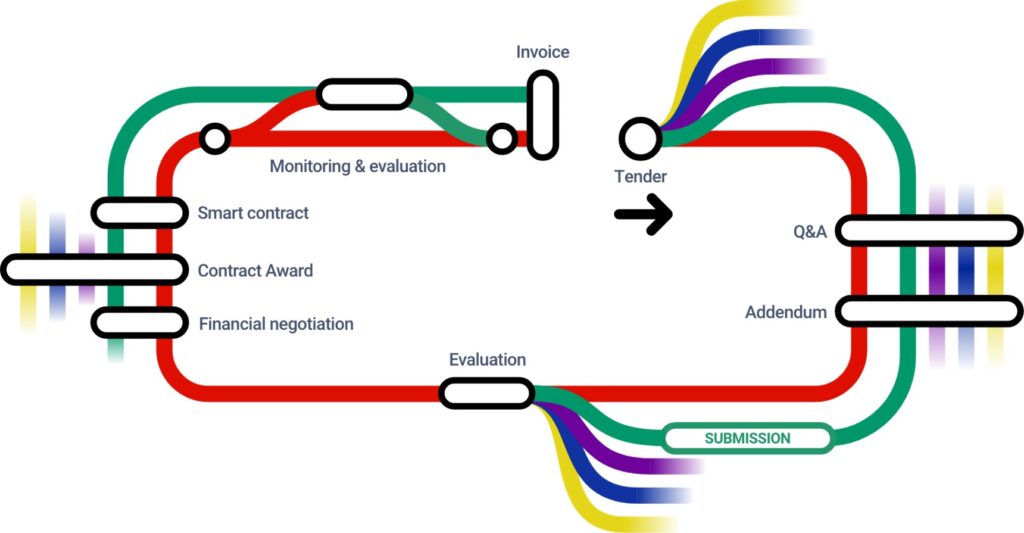 While blockchain has received most attention to date from its fintech and smart contract applications, the documentation of a procurement process lends itself perfectly to blockchain.  Procurement has been a heavily analogue process and bidders are required to submit a multitude of documents relating to the opportunity. Apart from the contract and invoices, downstream it begins with the public notice, the question and answer period, the schedules, addendum, clarification period, evaluation process and negotiations.  Not only do these various paper intensive processes increase coordination time and administrative costs, they are also prone to errors, losses and fraud.

Although there has been some progress achieved in digitising e-GP for dissemination of tender (RFx) documents and receipt of supplier responses, full digitisation of the end-to-end process, including the interractions and exchanges between buyer and suppliers is only in its infancy. The biggest challenge, it seems, in creating blockchain applications isn’t the technology. It is successfully harnessing support and collaborating with ecosystem partners.

Industry is leading the way, however, with use cases now demonstrating the power of collaboration. IBM and Maersk, for example, have already built a global trading platform, TradeLens, for containerized shipping built on open technology and underpinned by blockchain technology. In using the system users can securely submit, stamp and approve documents across boundaries, and the entire supply chain ecosystem shares a single trust view of the shipping events and documentation filings on the platform.  Growing examples by other early adopters are emerging to prove the benefits of blockchain in other use cases. These include  DHL and Accenture to track pharmaceuticals, and the The International Air Transport Association (IATA) is working with major international airlines to trial COVID-19 information and protocols as a way to aims to put governments more at ease to re-open borders without quarantine requirements.

By following the procurement lifecycle and recording every decision and the documentation between tender and contract award, including contract variations, blockchain can trace information on the provenance, timestamp and list of transactions.  Over time the network could be expanded to cover private sector e-procurement systems, to allow suppliers’ work experiences to be pulled from the same blockchain network.

The complexity and costs associated with inefficient procurement processes has led to an increasing number of companies and governments to  investigate how technology can be used used to cut paperwork and enhance processes and speed up the search, selection and management of supply chain transactions. Blockchain certainly needs to be considered as a potential solution to creating a more equitable system for buyers and suppliers to transact and contribute to global economic recovery.

Data driven bid management: how technology is reshaping the profession

Procurement 4.0 has been discussed by industry for years now, but it will be government that hits the go button to get the ecosystem going.  How can new technologies increase agility within the procurement function?  And what will the new procurement look like? This is one of the hottest topics being discussed in procurement circles right now after the industry lagged too long in modernising their systems, and subsequently suffering the fallout of supply chain disruption and COVID-related corruption.

Bid burnout: The dark side of the bid management industry and how technology can reduce it

Those who work to secure must-win business are especially at risk of burnout, and companies must take steps to look after them.